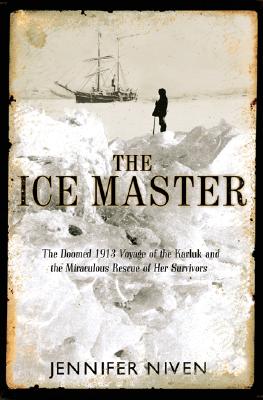 In 1913 an expedition party sailed out of British Columbia in search of an undiscovered Arctic continent. Filled with hope and excitement, the twenty-five people on board had no hint of the tragedy that lay ahead. Imprisoned in ice, abandoned by their expedition leader, and blown off course by polar storms, the Karluks crew was eventually forced to abandon ship on the ice-pack somewhere in the remote, treacherous Arctic. While the captain set off on foot on a 700-mile trek to search for help, the castaways left behind had no choice but to wait, and to struggle against hypothermia, snowblindness, and death from mysterious disease, starvation, or exposure to the brutal Arctic winter. Finally, after being stranded for nearly twelve months at the top of the world, eight men, one woman, and two children were rescued. Until now, their amazing story has never been fully told. Bringing together first-hand diary accounts, original documents, news reports, and interviews with a variety of sourcesincluding descendants of expedition members and the one living survivorThe Ice Master is a true story that rivals the most dramatic fiction. It is a tale of adventure and exploration, of cowardice and heroism, of brutality and hardship, of betrayal and redemption. It is a story about unlikely heroes and unexpected villainshuman beings reduced to their primal needs by the infinite power and mystery of nature.