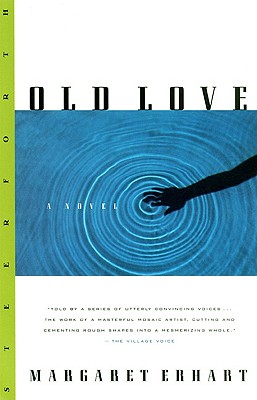 "Old Love" Is The Portrait of an American family, the Haases -- the parents, Frank and Tommie; the children, Brighton and Helen -- and of Hal, gay, Tommie's close friend since their college days, later a neighbor in a New Jersey suburb, and often a stand-in parent to the Haas children. Told through shifting narrators the novel unfolds over a decade as the Haas children come of age at the end of the turbulent 60s and move out into the world and their separate lives. It is a family "joined by blood and trouble", wrote the poet Mark Doty, but "also bound by old, hard-won affections which time and difficulty deepen, finally, into the most complicated kind of love".

It is also a novel about sexual exploration, about people with human weaknesses defining themselves against the world and each other. "Hovering beyond easy classification at the margin of the lesbian and gay niche market", wrote Harriet Malinowitz in The Women's Review of Books, "Old Love refreshingly perverts mainstreaming ideology, showing through its phenomenological depiction of one American family that queers are just as abnormal as everyone else".