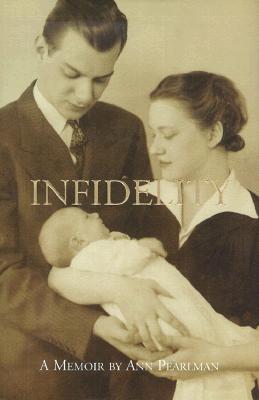 Ann Pearlman's Infidelity is the true story of the devastating effects of marital betrayal on three generations of American women: her grandmother, her mother, and herself.

In seamless prose and a mesmerizing voice, the author paints rich scenes moving characters across the span of the twentieth century. Ann Pearlman mines a universal vein in her bluntly honest memoir of infidelity that resonates in countless marriages today.

In the 1960s, Ann fell in love with Ty, an African-American professional football player and artist. Over twenty-five years together, they obtained graduate degrees, forged dual careers, and raised children. As a psychotherapist, Ann wrote a book on the joys of sexual monogamy and embarked on an author's tour appearing on TV talk shows (Oprah, Donahue, Sally Jessy Raphael) as an expert on marriage. As the century drew to a close, Ann discovered her husband's affair with a married Japanese woman. Again, Ann was forced to revisit infidelity, an echo from previous generations.