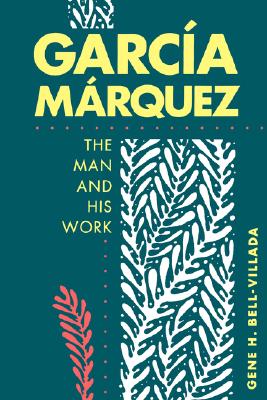 Garcia Marquez, the Man and His Work

Gabriel Garcia Marquez is one of the most influential Latin American writers of the twentieth century. His unique literary creativity is rooted in the history of the region, with all its social and political implications.

In this beautifully written examination of Garcia Marquez and his work, Gene Bell-Villada traces the major forces that have shaped the Colombian novelist and describes his life, his personality, and his political opinions. He considers Garcia Marquez's place in world literature and analyzes his short fiction and all of his novels from the great and complex "One Hundred Years of Solitude"--a cultural phenomenon the likes of which we have seldom seen--through "Love in the Time of Cholera." He shows why Garcia Marquez has achieved a confluence of high art and popular success that is virtually unique in the twentieth century.

Bell-Villada examines the narrative works of Garcia Marquez for their historical and human content, for their literary technique and structure, and for their expert use of fantasy, ribaldry, humor, and satire. He describes Garcia Marquez as a global phenomenon and as a local boy, as a Nobel Laureate and as a Latin American Everyman, as a political writer and as a novelist of love.

The book will appeal to a broad spectrum of readers--generalists who enjoy his novels, teachers and students, and literary specialists and Latin Americanists investigating the culture and politics of the region.

Title: Garcia Marquez, the Man and His Work

Garcia Marquez, the Man and His Work