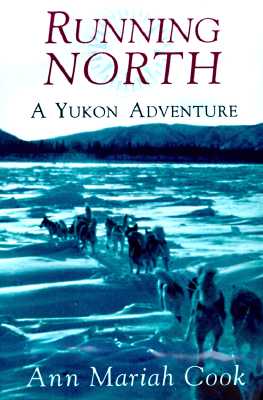 What happens when a woman and her husband move their family from New Hampshire to Alaska to train a team of purebred Siberian Huskies for the world's toughest dogsled race, the Yukon Quest? They endure thousands of miles of lonely training in the Yukon trying to avoid thin ice, wolves, and rogue moose; they put up with the amused skepticism of Alaskan locals; and they pit themselves against the ultimate, fickle adversary--nature. RUNNING NORTH is the true story of how Ann Cook, her husband, George, and their young daughter, Kathleen, moved to Alaska and how their Siberians became the first team from the lower forty-eight states to finish the Yukon Quest. It tracks George on his horrific journey through the Yukon, recording the frostbite, the hallucinations that come with exhaustion, the wolves, and the nights out on the ice at minus ninety degrees Fahrenheit. This is the great story of man struggling against nature and surviving. But unlike most accounts of high adventure that center solely on the adventurer and the quest, RUNNING NORTH is also the story of Ann Cook, who drove the truck and carried the gear and kept the family together. In the tradition of MY OLD MAN AND THE SEA, she tells both stories in simple, elegant prose that reveals the tragedy, joy, and folly that lie on either side of the curtain separating the adventurer from the world left behind. They run up against crazy landlords, win over gruff neighbors, drive a broken-down truck that sucks oil like Alaskans suck coffee, listen to a radio show that keeps trappers in contact with the world, meet mysterious fishermen who appear without notice and disappear without a sign, fight with a young cousin who will betray them in the end, protect their young daughter from the dangers of their new wild world, and stare awestruck at the wide sweep of Alaskan landscape. RUNNING NORTH is the story of two very different adventures on the edge: one among the racers braving the Yukon and the other among the people they leave behind.