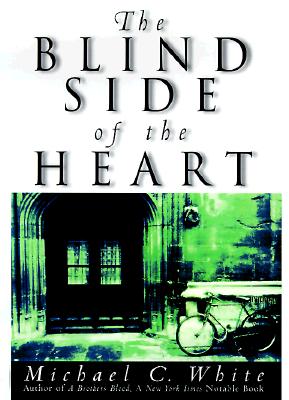 The Blind Side of the Heart : A Novel

From the author of the critically acclaimed novel A Brother's Blood, comes a haunting story about an Irish housekeeper who must discover the truth when her friend, the parish priest, is accused of horrible crimes.

Maggie Quinn has had her share of misfortune: Having grown up poor and fatherless in Galway, she was forced to quit school early and find work to support her ailing mother and her own child. But when a tragedy of her own making strikes, it is too much for her to bear. Plagued by feelings of guilt and sorrow and by losing her faith in God, she runs from her past; first by fleeing Ireland for America and later by drowning her sorrows with the bottle. Maggie hits rock bottom when she makes an unsuccessful suicide attempt. While recuperating in a hospital bed, she meets the remarkable Father Jack Devlin. With his compassion and love, Maggie once more finds her faith and a reason to live.

For the past eighteen years, Maggie has devoted herself to the man who saved her life. But now Father Jack, the beloved if controversial priest in the small town of Hebron Falls, Massachusetts, is accused of having done terrible things to altar boys many years before. At first Maggie is convinced that the accusations are only lies brought out by Father Jack's enemies. Yet as she sifts through the memories of her life with Father Jack, doubts begin to emerge: Could she have been blind to a darker side of her friend all these years? And when new information surfaces regarding the unsolved murder of a young altar boy with possible links to Father Jack, her faith is once again put to the test. Maggie must search her memory and her heart to help her decide what to believe. The Blind Side of the Heart poignantly captures one woman's struggle to remain loyal to a friend while at the same time she is forced to examine her conscience to arrive at the truth.

Title: The Blind Side of the Heart : A Novel

The Blind Side of the Heart : A Novel