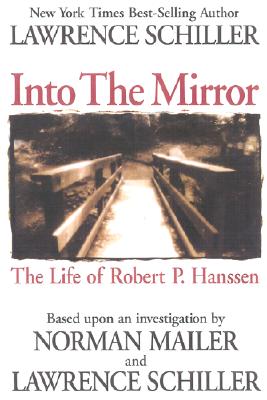 Into the Mirror : The Life of Master Spy Robert P. Hanssen

From the bestselling author of "American Tragedy" and "Perfect Murder, Perfect Town" comes an even more stunning portrayal of America's dark side. "Into the Mirror" is the shocking story of FBI Special Agent Robert P. Hanssen, the master spy who singlehandedly created the greatest breach of security in the history of our country.Written in compelling, novelistic prose, Schiller re-creates a gripping portrait of Hanssen, who for twenty-two years was a loving husband, a devoted father of six, a deeply devout Catholic and member of Opus Dei, a passionate anticommunist, a dedicated FBI agent -- and a traitor the likes of which the United States has never before seen.On February 18, 2001, the FBI finally arrested Hanssen and charged him with selling to the Russians -- over a period of more than twenty years -- top-secret, classified information. Nothing that has been reported to date about this ordinary-looking but tormented man has revealed the astonishing facts that Lawrence Schiller and Norman Mailer -- collaborators on the Pulitzer Prize-winning "The Executioner's Song" and "Oswald's Tale" -- uncovered during their nine-month investigation into the life of this complex man. In seeking to solve this almost impenetrable mystery, Schiller and Mailer spent hundreds of hours interviewing members of Hanssen's family as well as his closest friends, colleagues, and fellow church members. They traveled to Moscow to interview a key member of the KGB who had handled the spy they knew only as "Ramon Garcia.""Into the Mirror" gets inside the mind of a devious and dangerously brilliant man and creates an unforgettable portrait of someone so caught up in the struggle with his own personal demons thathe would betray everything he holds sacred-his wife, his family, his religion, and his country.

Title: Into the Mirror : The Life of Master Spy Robert P. Hanssen

Into the Mirror : The Life of Master Spy Robert P. Hanssen