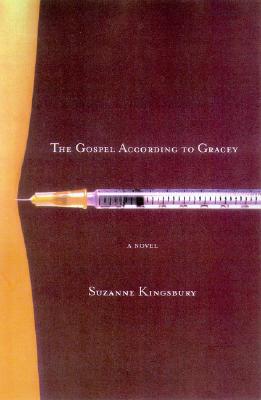 The Gospel According to Gracey

Signed by the author on the title page.

Gracey Fill has just been arrested during a narcotics raid aimed at busting one of the biggest drug runners Atlanta has ever known: her ex-husband, Sonny. In the questioning room, Gracey vividly recounts her story, from the childhood abuse she suffered at the hands of her father to the adult addiction that almost destroyed her. Two officers, one young and naive, the other jaded and surly, become her de facto audience.

Meanwhile, Deneeka Jones, a cross-dresser who turns tricks and deals drugs for Sonny, is fighting for survival in the get-off houses and male strip joints of Atlanta's seediest neighborhoods. She is also selling dope to Frazier Sky and Audrey Sullivan, teenaged children of Atlanta's ultrarich who get high to soothe the estrangement in their home lives. Frazier's father and Audrey's mother, once extramarital lovers, are struggling to overcome lost love and find a way to reconnect with their children. As Gracey's harrowing story unfolds, the cops close in on Sonny and a batch of bad heroin circulates through Atlanta, putting Frazier and Audrey in danger.

In this gritty and unflinching chronicle of twenty-four hours of life on the street, Suzanne Kingsbury reveals the dark world of drug addiction and poverty that lies beneath the prosperous New South surface of modern-day Atlanta. "The Gospel According to Gracey" is a gripping, often surprising, and deeply haunting novel from a daring and original young writer.

Title: The Gospel According to Gracey

The Gospel According to Gracey