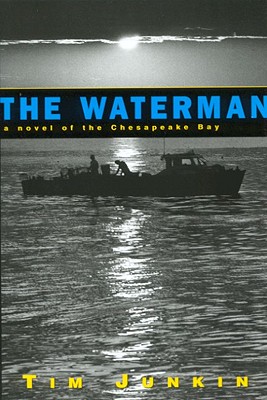 Set along the shores of the Chesapeake Bay, this first novel tells the story of Clay Wakeman, who spent his boyhood on the water and finds he can't leave it. When his father is lost in a storm off the Eastern Shore, Clay drops out of college to take possession of his father's boat and his work as a waterman, that is, as an independent commercial fisherman.

Since the old boat constitutes his sole inheritance, Clay starts out small. He recruits his oldest friend, Byron, a traumatized Vietnam vet, to join him in a crabbing business. Just as they're breaking even, Hurricane Agnes roars in to ruin the salinity of the eastern Bay waters. Agnes forces them across the Bay to set their crab traps along the Virginia shoreline and to move in with Matt and Kate, Clay's uppercrust friends from college.

It's in these unfamiliar waters that their real troubles begin. Clay falls irrevocably in love with the spoken-for Kate; Byron's demons pursue him with even greater vengeance; and out in the Bay the partners stumble onto a drug running operation. Lines are drawn by the dealers. And, at the very end, in a riveting boat chase, Clay comes very close to losing the battle . . . forever.