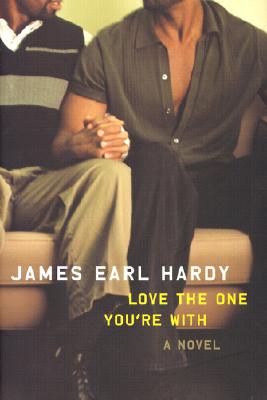 Love the One You're With

Signed, not inscribed by the author on the title page. Black remainder mark on the bottom edge.

Do men and monogamy mix?

It's not a question Mitchell Little Bit Crawford gave much thought to until his beaufriend of almost two years, Raheim Pooquie Rivers, an All-American jeans model, heads to Hollywood to make his first feature film. As Mitchell soon discovers, the temptation to cheat is very real. In fact, it seems to be everywhere: at his job, in his lawyer's office, at restaurants, the shopping mall, and in the recording studio. An ex even pops up hoping to pick up where they left -- and got -- off. While intrigued, Mitchell chalks all the attention up to "the married man" syndrome: one is much more desirable when they're attached to someone else.But as he continues to run into bisexual musician Montgomery "Montee" Simms, the look but don't touch rule is put to the test. As he and Montee get closer, Mitchell's idealistic beliefs about commitment are challenged. Will he love the one he's with because he can't be with the one he loves?

Title: Love the One You're With

Love the One You're With