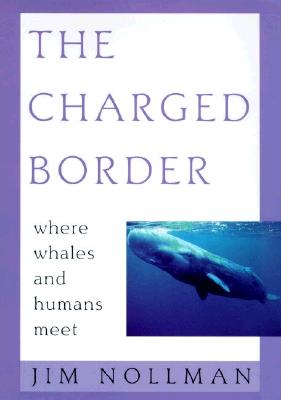 The Charged Border : Where Whales and Humans Meet

Master of music and cetaceans, Jim Nollman takes us to the charged border, a luminous crack between sky and sea where relations between humankind and wildness take on sacred meaning.

After a dolphin round-up that has darkened a cove in the Sea of Japan with blood, we follow a diver below the ocean's depths as he cuts through a giant net surrounding hundreds of animals awaiting certain death and sets them free. In the Arctic, the author's music lures gray whales trapped under the ice to safety. Near British Columbia we swim with an Orca mother whose own captive daughter -- seven times pregnant and without a living offspring -- is the property of a San Diego oceanarium.

No one holds a single key to the charged border, but Jim Nollman provides an entrance for all of us. How we make our way is up to us.

Title: The Charged Border : Where Whales and Humans Meet

The Charged Border : Where Whales and Humans Meet