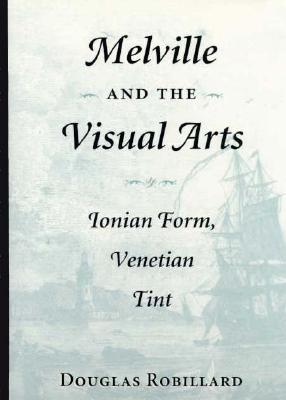 NEW, never read, not a remainder.

Throughout his professional life, Herman Melville displayed a keen interest in the visual arts. He alluded to works of art to embellish his poems and novels and made substantial use of the technique of ekphrasis, the literary description of works of visual arts, to give body to plot and character. In carefully tracing Melville's use of the art analogy as a literary technique, Douglas Robillard shows how Melville evolved as a writer. Melville studied histories of art, lives of painters, and aesthetic treatises, went to museums and exhibitions of art works, made pilgrimages to the art centers of Europe during the 1840s and 1850s, and collected prints and illustrated books. He created narrators and central characters--Wellingborough Redburn, Ishmael, Pierre Glendinning, and Clarel--who were sensitive to the arts and capable of seeing and describing the world in painterly terms. Robillard also explores the works of the predecessors and contemporaries that influenced Melville and shows how his sense of form was instructed by design in works of art. In separate chapters Robillard deals at length with Redburn, Moby-Dick, Pierre, and Clarel. In briefer discussions he looks at The Piazza Tales and the shorter poems. His extensive history of what Melville saw, responded to, and valued offers new insights into Melville's creative processes.