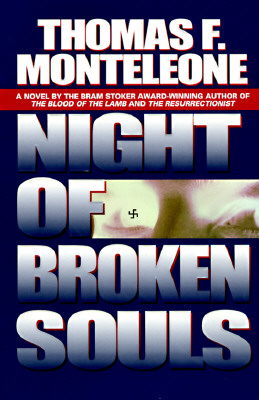 Psychiatrist J. Michael Keating is at work in his plush Manhattan office when a young stranger, Allison Enders, bursts wild-eyed into the room, ready to kill herself rather than endure her recurring nightmares. Keating saves his unexpected patient and soon discovers that the Enders case is not unique. Around the world, all kinds of people - cabbies, homemakers, even a CIA agent - are suffering from blackouts and nearly identical, vivid nightmares. All their dreams feature concentration camps and the same sadistic psychopath: a man known only as Der Klein Engel, The Little Angel. Keating is appalled, and determined to find the nightmares' terrifying connection to the Holocaust. Keating is even more shocked when an FBI agent tells him that the dreamers are being systematically, horribly murdered. Together with an Orthodox rabbi and agent Brad Stevenson, Keating plunges into the mystery. Incredibly, the broken souls of the Six Million are returning, trying, once again, desperately, to be heard - because somehow The Little Angel is back. Could it be possible that one of history's monsters is bridging the chasm from eternal death? And if so, how many more may follow in his bloodstained path?