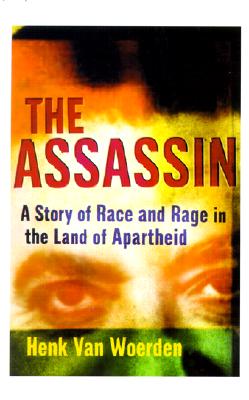 A story of race and rage in the land of apartheid.

The untold and heartbreaking account of the man who killed South Africa's architect of apartheid, one of the most dramatic political assassinations in modern history.

If ever one individual could be said to have embodied the tragedy of apartheid, Dimitri Tsafas would be that man. At a time when color was all, Tsafas, bastard son of a Greek father and an African mother, was untouchable -- too black for the whites and too white for the blacks. Stateless, homeless, and loveless, on September 6, 1966, he entered South Africa's Parliament and stabbed Prime Minister Hrik Verwoerd four times with a long knife, killing the architect of apartheid, the architect of Tsafas's misery.

Now, in a masterful restoration, Henk Van Woerden re-creates the assassin's cursed life and the impossibly torn society that created him. Unwanted by black or white family, denied the right to settle wherever he turns, Tsafas drifts from sea to prison, from kitchen hand to street vor, from Mozambique to Greece and Canada, and back to South Africa. With sensitivity and passion, Van Woerden traces the inexorable road that leads to Verwoerd's death, and reveals that the assassination -- a resounding blow in the war against apartheid -- was not the random act of a crazed individual, but perhaps the only choice left in a country itself gone mad. Powerful, tragic, and compelling, The Assassin is both a devastating indictment of oppression and a cautionary tale of the explosive power of racial hatred everywhere.