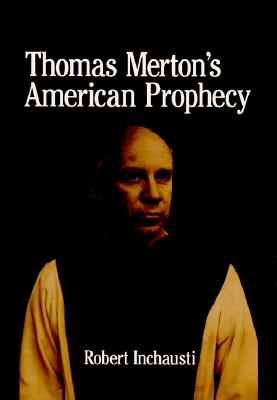 Thomas Merton was one of the most significant American spiritual writers of the twentieth century. His autobiography, The Seven Storey Mountain, published shortly after the Second World War, inspired an entire generation to reconsider the materialist preoccupations of consumer society. Twenty years later, his essays on nonviolence, contemplation, and Zen provided the most telling orthodox religious response to the New Left's radical critique of post-industrial society.

In Thomas Merton's American Prophecy, Robert Inchausti provides a succinct summary and original interpretation of Merton's contribution to American thought. More than just a critical biography, this book lifts Merton out of the isolation of his monastic sub-culture and brings him back into dialogue with contemporary secular thinkers. In the process, it reopens one of the roads not taken at that fateful, cultural crossroads called "The Sixties." Inchausti presents Merton not as the spokesman for any particular group, cause, or idea, but rather as the quintessential American outsider who defined himself in opposition to the world, then discovered a way back into dialogue with that world and compassion for it. As a result, Merton was the harbinger of a still yet-to-be-realized eschatological counterculture: the unacknowledged precursor, alternative, and heir to Norman O. Brown's defense of mystery in the life of the mind.