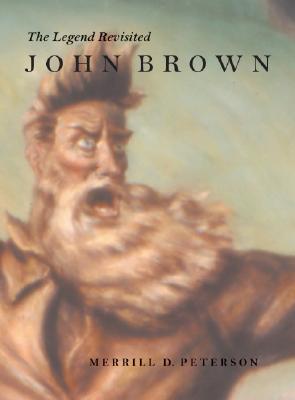 Few figures hold as mythic a place in America's historical consciousness as John Brown. A fervent abolitionist, his New England reserve tempered by a childhood on the Ohio frontier, Brown advocated arming fugitive slaves to fight for their freedom, an idea that impressed Frederick Douglass, Ralph Waldo Emerson, and Henry David Thoreau. In 1855, answering the call of his five sons to join them in the desperate struggle for freedom in the new territories, John Brown became a hero of "Bleeding Kansas." When he returned east, the fiery leader launched his ambitious campaign to rouse the slaves to freedom with a raid on the federal arsenal at Harpers Ferry in 1859.

Labeled a madman for his failed military adventure, and repudiated even by prominent antislavery leaders, Brown was tried in a Virginia court and sentenced to hang for treason and sundry other crimes. In John Brown: Legend Revisited, the eminent historian Merrill D. Peterson brings the same blend of sharp-eyed analysis and narrative elegance to bear on Brown's legacy that he has used to unravel the images of Thomas Jefferson and Abraham Lincoln.

Brown's reputation has undergone a series of tectonic shifts since he met his death on the gallows just before the Civil War. Southerners viewed his exploits with apprehension, seeing Harpers Ferry as a harbinger of servile insurrection, while Brown's eloquence before the court won him sympathy in the North and confirmed his place there as a hero and martyr. Thoreau, the author of passive resistance, wrote of Brown as a man of conscience. Perhaps most important historically, Brown's exploits convinced Southerners that Lincoln's election meant secession and a call to arms.

Peterson gives us Brown in his own day, but he also shows how the flaming abolitionist warrior's image, celebrated in art, literature, and journalism, has shed some of the infamy conferred by "Bleeding Kansas" to become a symbol of American idealism and fervor to activists along the political spectrum. And so in the civil rights battles of the twentieth century, Brown became a hero to African Americans.