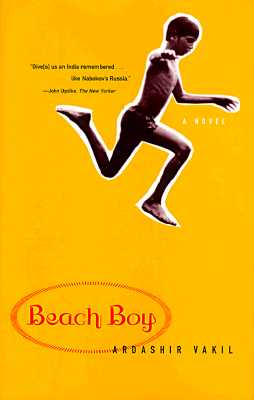 In this remarkable first novel, eight-year-old Cyrus Readymoney introduces us to his magical universe of movies and mischief; tennis tournaments and truant afternoons; sex and samosas; the sea and the shore. Exploring Bombay in the early 1970s, Cyrus strays from his mostly absent parents, members of the Parsi elite, into the complex world of his neighbors, including a mysterious maharani and her seductive adopted daughter. In his travels, he experiences the splendor of Hindi films and delights in all manner of mouthwatering food.

But in the course of his wanderings, Cyrus finds himself caught between the innocence and insouciance of his youth and the responsibility and worry that await him in adulthood. When his parents' marriage falls apart and his family is shattered, Cyrus is forced out of his carefree existence into a more severe reality.

With an acute ear for the nuances of Indian English and a comic appreciation of a boy's life, Ardashir Vakil creates an extraordinarily vivid tableau of India while at the same time drawing a rich portrait of adolescence and its appetites. "Beach Boy" is, as John Updike notes, "a long ode to boyish hunger, and to the rich variety of stuffs that hold it at bay."

The winner of a Betty Trask award and a finalist for the Whitbread Prize for first fiction in England, "Beach Boy" has been heralded by American, British, and Indian critics alike for riding the crest of a new wave of Indian fiction that is bringing us fresh voices and novel writing.