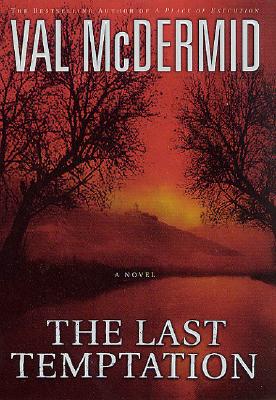 Signed by the author on the title page.

Mapping the minds of murderers is what Dr. Tony Hill does better than anyone. So when a twisted killer starts targeting psychologists across Northern Europe, Hill is the obvious choice to track the executioner's mental and physical journey.
Except that Tony, still bearing the scars of past cases, doesn't want to do this anymore.
But the killer is about to strike uncomfortably close to home. The next victim is a friend and colleague. And Tony's former partner, Detective Carol Jordan, is directly in the murderer's path, working undercover in a world where human life means less than the smallest drug deal. She needs Tony's help as much as the beleaguered European police officials do.
Now the danger is closing in. Confronting the worst of modern crime and struggling to unravel roots that lie deep in the tormented past of Nazi atrocities and Stasi abuses, Tony and Carol are forced to battle for survival against overwhelming odds. In this morass of double-cross and double-dealing, they have no one to trust but each other. Deftly merging the dark terrain of forensic psychology with the brooding, crime-streaked world of post-Cold War Europe, McDermid's latest is an unrivaled tour de force that takes Tony Hill further into the mind of a killer than he's ever dared to go before.