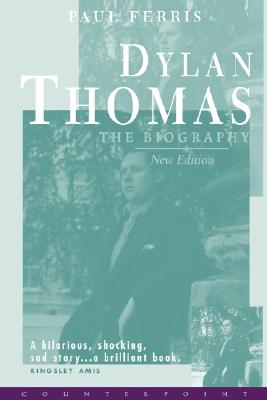 DJ unclipped, has remainder mark on the bottom edge.

Dylan Thomas's life and work have made him a legendary figure in the decades since his death, amidst alcohol and debts, in New York at the age of thirty-nine. At the heart of his achievement are a few dozen poems and stories which, together with his "play for voices", Under Milk Wood, haunt the imagination and give his writing a broader appeal than he could have envisioned in his lifetime.

Consumed by his vocation as The Poet, ever doubting his own talent, Thomas spent much of life reflecting upon his own worth. But beyond his writing is the checkered figure of the man himself: often comic, at times in despair, always self-obsessed, in the end defeated by his own nature.