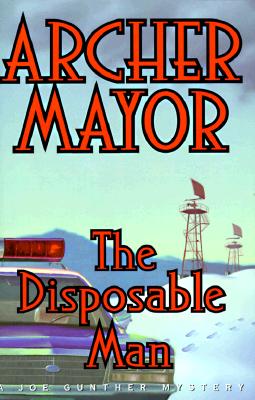 A Joe Gunther mystery. Laid in loosely is a signed bookplate by Archer Mayor.

The body in a backwoods Vermont quarry has been stripped of all identifiers, except for dental work clearly done outside the U.S., and toes tattooed with Cyrillic lettering. From this enigmatic start, "The Disposable Man" has Joe Gunther entering a paranoid twilight constructed by aging members of the CIA and the Russian mafia, who are out to settle an old cold war dispute, ruthlessly manipulating all who stand in their way -- including Joe. Now, framed for a crime he didn't commit and pursued by the very legal system he's upheld all his life, alliances and betrayals build on one another until a final showdown ensues atop a remote Vermont mountain, as Gunther becomes a fugitive in order to clear his own name -- if he survives.