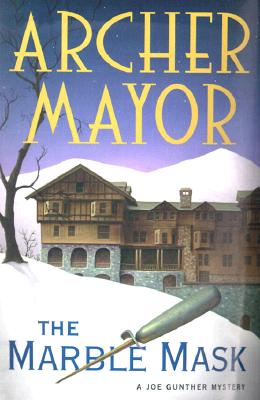 A frozen body is found on top of Vermont's tallest mountain in the middle of winter. Lost hiker? Foul play? Hard to tell until the marble-hard body is thawed out. There are a couple of odd things about it right off the bat, though. A hand and a foot have been broken off, as if from a great fall, and the body's clothing looks oddly old-fashioned.

The autopsy reveals an ice-pick wound to the heart, a Canadian driver's license dating back to just after World War Two, and that fact that the body's been dead & frozen for over fifty years.

The body is Jean Deschamps, an old-time smuggler from Sherbrooke, Quebec, who made a fortune during the war as an industrialist. His son Michel, now dying of cancer, has run the crime-family business since his father's disappearance. Both the Hell's Angels and the Montreal-based Rock Machine are interested in taking over the Deschamps turf. Was the evidence suggesting that Michel killed his own father a plant by those two factions? Indications are that Jean believed his older son, Antoine, had been murdered in the Italian campaign during the war, and not killed in combat as reported. And there are rumors a priceless marble mask by Michaelangelo also vanished around the same time, never to be seen again and that one of Antoine's fellow combatants is now a wealthy recluse in Stowe.

Joe and his brand new Vermont Bureau of Investigation team, including Sam and Willy, set out to solve these riddles amid an increasingly dangerous political intrigue involving cops and crooks on both sides of the border.