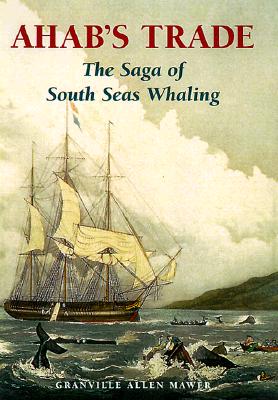 Gladiator one minute, galley slave the next. Danger, abuse, excitement and tedium, these were the lot of open boat whalemen in the South Seas for two centuries. The Nantucketers, the first and the best, taught the world how whaling should be done. "Ahab's Trade" tracks the rise and fall of this first global industry and tells the story of the men who made it. Although they whaled in American, British, French, Australian and New Zealand ships, their calling made them citizens of a closed and isolated world unlike that of other seamen. The good, the mad and the ugly: they are all here to tell their stories and describe a way of life so strange that its survival into our century is almost incomprehensible.

Categories: Cape Cod and the Islands,