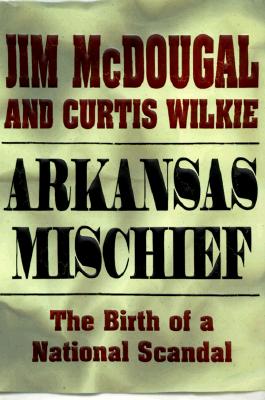 By: Jim McDougal and Curtis Wilkie

The Birth of a national scandal. "Whitewater"

Until His Recent Death in federal prison, Jim McDougal was the irrepressible ghost of the Clintons' Arkansas past.

McDougal's knowledge of embarrassing real estate and banking deals, bribes, and obstructions of justice have long haunted the White House. Completed only days before his death and co-authored by veteran journalist Curtis Wilkie, Jim McDougal's vivid and irreverant self-portrait reveals the hidden intersections of politics and special interests in Arkansas and the betrayals that followed. It is the story of how ambitious men and women climbed out of rural obscurity and "how friendships break down and lives are ruined".

Mr. McDougal, an irascible and charming rogue to the end, never whines nor does he endeavor to exonerate himself. And, though image-shattering, there's no attempt to get Bill or Hillary Clinton, Jim Blair, Jim Guy Tucker, or the silenced Susan McDougal.