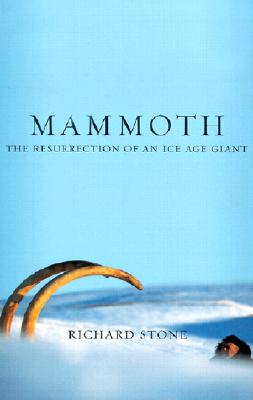 Mammoth, the Resurrection of an Ice Age Giant

No fabled creature of the Pleistocene Era has a more powerful hold on the imagination than does the woolly mammoth. Cave paintings of the giant beasts hint at the profound role they played in early human culture-our Ice Age ancestors built igloo-shaped huts out of mammoth bones and even feasted on mammoth tongues. Eager to uncover more clues to this mystical prehistoric age, explorers since the time of Peter the Great have scoured Siberia for mammoth remains. Now a new generation of explorers has taken to the tundra. Armed with GPS, ground-penetrating radar, and Soviet-era military helicopters, they seek an elusive prize: a mammoth carcass that will help determine how the creature lived, how it died-and how it might be brought back to life.In this adventure-filled narrative, science writer Richard Stone follows two teams of explorers-one Russian/Japanese, the other a French-led consortium-as they battle bitter cold, high winds, supply shortages, and the deeply rooted superstitions of indigenous peoples who fear the consequences of awakening the "rat beneath the ice." Stone travels from St. Petersburg to the Arctic Circle, from the North Sea to high-tech Japanese laboratories, as he traces the sometimes-surreal quest of these intrepid scientists, whose work could well rewrite our planet's evolutionary history. A riveting tale of high-stakes adventure and scientific hubris, Mammoth is also an intellectual voyage through uncharted moral terrain, as we confront the promise and peril of resurrecting creatures from the deep past.

Title: Mammoth, the Resurrection of an Ice Age Giant

Mammoth, the Resurrection of an Ice Age Giant