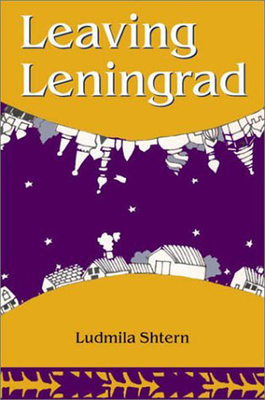 A nostalgic and humorous memoir of life under communism and capitalism.

Although women writers have held a conspicuous place in the history of modern Russian literature, they have been slow to find their true voices in exile. Ludmila Shtern, a geologist/writer who emigrated to the US from the Soviet Union in 1975, offers a completely fresh, unsentimental look at daily life in the former Soviet Union and the US in the second half of the 20th century. Her memoir, part comic bildungsroman, part picaresque adventure, shows its heroine, Tatyana Dargis, growing up in the USSR, falling in love, falling afoul of the KGB, and finally emigrating to the US where new absurdities (capitalist rather than communist in nature) prevail. An amalgam of bittersweet understatement and mordant wit, Shtern's prose is shaped by her ear for a wide range of human voices and the stories they tell, and by her eye for the grotesqueries and savagely funny pain of modern life. The late Joseph Brodsky, hailing Shtern as "an accomplished stylist" and "a talented humorist," said, "Ms. Shtern has a sharp eye for the telling details of contemporary Russian life . . . The light touch of her satire and her sustained wit are impressive and a pleasure to read." Whether running the bureaucratic obstacle course required for permission to visit Paris or buying a car she can't afford simply because her number came up on a waiting list; whether coping with the intrigues of neighbors in an overcrowded Leningrad apartment or enduring that quintessentially American experience, a self-actualization workshop, Shtern maintains a cheerful sense of irony (even when most depressed) and offers through her personal transit from one life to the next, a tight, witty social history of the two world powers at the end of the Cold War.