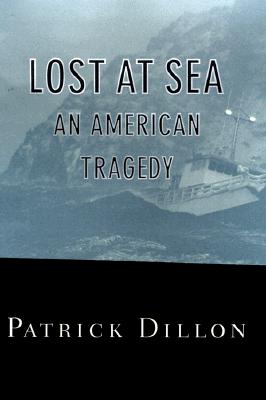 Lost at Sea, an American Tragedy

On the morning of February 3, 1983, the "Americus" and "Altair," two state-of-the-art crabbing vessels, idled at the dock in their home port of Anacortes, Washington. On deck, the fourteen crewmen--fathers, sons, brothers and friends who'd known one another all their lives--prepared for the ten-day trip to Dutch Harbor, Alaska. From this rough-and-tumble seaport the men would begin a grueling three-month season in one of the nation's most profitable and deadliest occupations--fishing for crab in the notorious Bering Sea. Standing on the Anacortes dock that morning, the families and friends of the crew knew that in the wake of the previous year's multimillion-dollar losses, the pressure for this voyage was unusually intense.
Eleven days later, on Valentine's Day, the overturned hull of the "Americus" was found drifting in calm seas only twenty-five miles from Dutch Harbor, without a single distress call or trace of its seven-man crew. The "Altair," its sister ship, had disappeared altogether; in the desperate search that followed, no evidence of the vessel or its crew would ever be found. The nature of the disaster--fourteen men and two vessels, apparently lost within hours of each other--made it the worst on record in the history of U.S. commercial fishing.
Delving into the mysterious tragedy of the "Americus" and "Altair," acclaimed journalist Patrick Dillon vivifies the eighty-knot winds, subzero temperatures, and mountainous waves commercial fishermen fight daily to make their living, and illustrates the incredible rise of the Pacific Northwest's ocean frontier: from a father-and-son business to a dangerously competitive multibillion-dollar high-tech industry with one ofthe highest death rates in the nation. Here Dillon explores the lives the disaster left behind in Anacortes: the ambitious young entrepreneur who raised the top-notch fleet in a few short years, the guilt-ridden captains of the surviving sister boats, and the grief-numbed families of the crew. Tracing the two-year investigation launched by the Coast Guard and National Transportation Safety Board, he brings to life a heated cast of opponents: ingenious scientists, defensive marine architects, blue-chip lawyers and wrangling politicians, all struggling to come to terms with the puzzling death of fourteen men at sea. And finally, in his evocation of one mother's crusade to pass the safety legislation that might save lives, Dillon creates a moving portrait of courage and love.

Patrick Dillon grew up among commercial fishermen on an island in Puget Sound. Formerly an editor and columnist for the "San Jose Mercury News," he has won national journalism awards, including a share of the Pulitzer Prize. His columns and essays have appeared in the "Los Angeles Times," the "Chicago Tribune," and "Fast Company" magazine, among other publications. Married to photographer Anne Dowie and the father of two, he lives in San Francisco.

Lost at Sea, an American Tragedy